The first order was carried out in 1999. Abseiling at the Römerturm as a seminar supporting programme of the Kerenzer adventure course. The first group event took place in 2000 with more than 60 participants and a hike in Braunwald with „the surprising adventure course“.

On 15th of June, 2001 Thomas Pfenningerregistrated the company „erlebnisberg company events“ in the commerical register. Together with Claudia Müller, he developed innovative offers, created the homepage and extended the material stock.

From 2002 – 2005 more and more orders arrived and the event organisation grew steadily. Not only the number of the reservations increased, of course also the duties and the expectations linked with them. With Jack Leuzinger and Elena Weiler two experienced and engaged team members joined erlebnisberg. This part of the company history was „rolling“ in the most true sense of the word. Sometimes the stone rolled a little faster than intended, however, everybody always had a lot of fun to serve our customers in the best way.

In 2008 erlebnisberg came to the capacity limit and was pushed to change itself. The infrastructure as well as the internal processes were reworked and reorganized. Germaine Antonietti joined the meanwhile big team and played a major role in the change to professionalism.

Thomas Pfenninger decided in spring 2013 to sell the event division of his company to Germaine Antonietti. He is and remains a mountain person who loves to stay in the nature. He divides this passion also in future with customers through his company erlebnisberg. He also supports the new founded company with his knowledge and engagement. Now the event division is operating under the new company named eventerlebnis GmbH, managed by Germaine Antonietti with the long-standing, proven team.

We are happy to help! 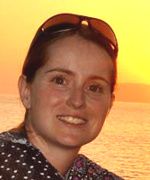